Release Day For K.S. Thomas’ “I Call Him Brady” (And A Giveaway!) 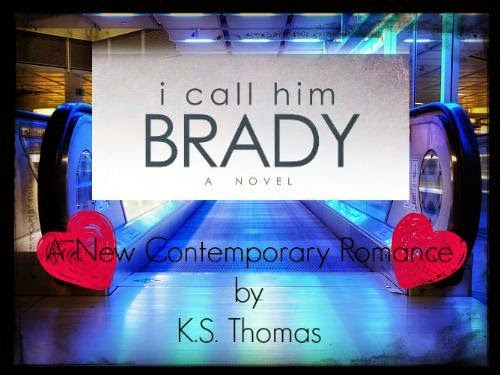 NOW AVAILABLE on Amazon.com
Add it on Goodreads
I Call Him Brady
A New Contemporary Romance by K.S. Thomas 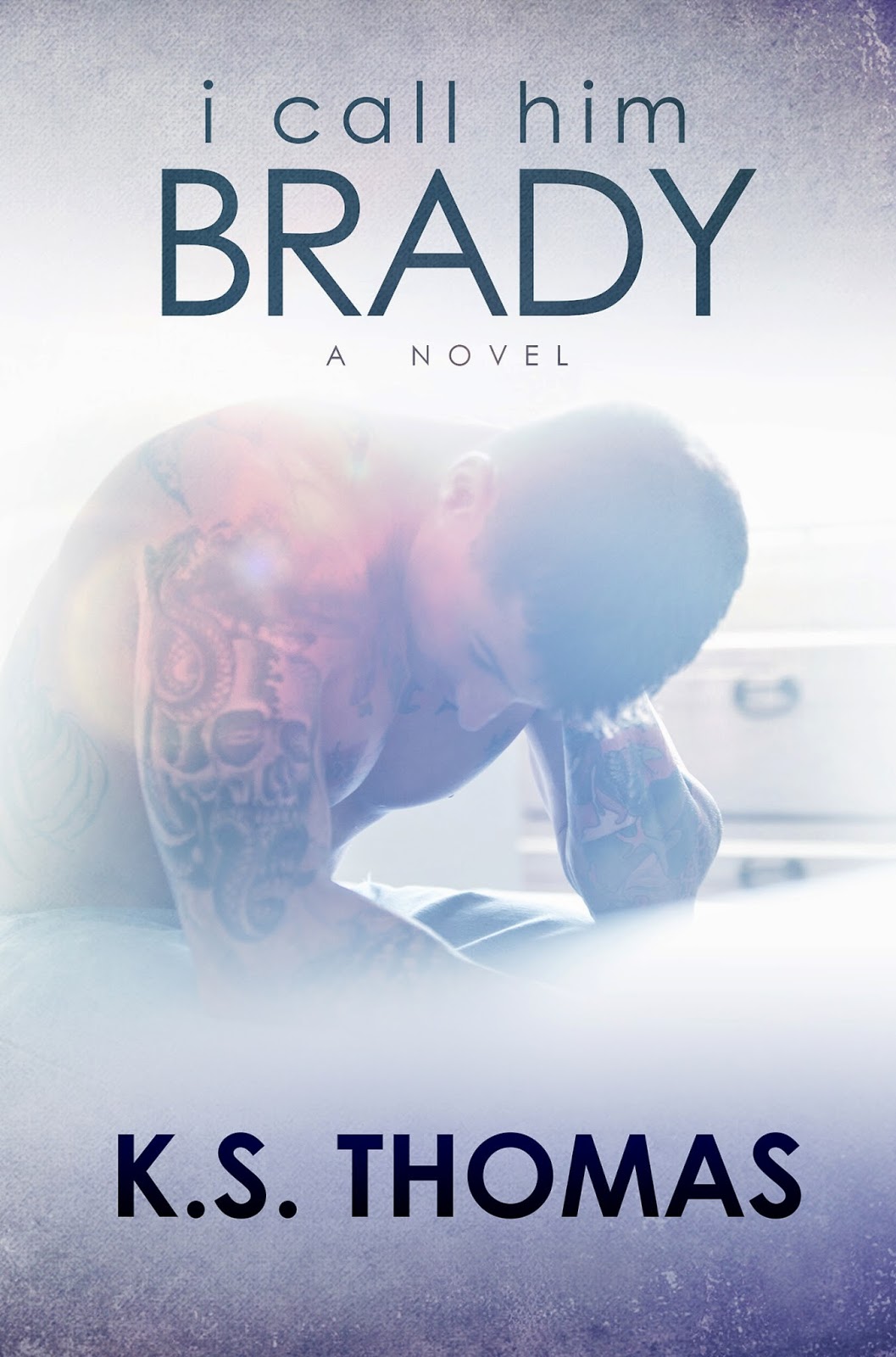 Born the only son to one of Hollywood’s most prominent power couples, Jack Cole’s life is damn near perfect. With women lining up to be with him, movie parts most seasoned actors would die for and the freedom to live above the rules, Jack’s life is going completely according to plan.Until Embers…Embers doesn’t have time to waste on any more dirt-bags. Too busy trying to take care of herself and her daughter to take any more chances on romance, she’s limiting her love life to daydreaming about one hot and sexy, Jack Cole.Except her surefire way to keep her heart safe goes completely awry when her dream guy and her reality suddenly collide.A master of recreating the human emotions he’s never allowed himself to feel, Jack must now deal with the consequences of offering his heart to someone who may be too scared to keep it. 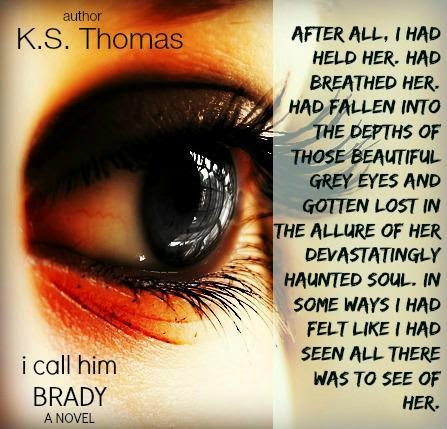 *
Holy Shit.
That’s freaking Jack Cole! What do I do?
Nothing. I do nothing. Shit. Am I blushing? Don’t blush. Do NOT blush. What am
I talking about?! Forget blushing! Don’t faint! I could already feel the
telltale signs of a full blown anxiety attack announcing themselves via the
heart pounding out of my chest like a sledgehammer and the cold numbness
setting in around my ankles.
My  first instinct was to shut my eyes and take several deep breaths, but then I
realized how insane I’d look and squashed that plan immediately. Instead, I
focused all of my attention on the silver metal doors ahead. Still slightly
maniacal, but then Mr. Cole seemed too wrapped up in his own problems to take
notice of mine.
With  my eyes steadily staring straight ahead, my ears were free to drop in on his
conversation with unconscionable ease. My frantic heart froze the moment my
brain registered what my wandering ears had heard. Jack Cole had dropped his
model of the month girlfriend. He was single! I had to remind myself that in
all reality, this information – however exciting it seemed – actually would
have no bearing on me or my relationship status.
In  the midst of forcefully hiding all of my Jack Cole madness, I had forgotten one
minor detail. The tiny person to my left, who at any given moment could glance
up and recognize the man of my every fantasy and sell me out faster than a girl
scout peddling cookies to a pothead. 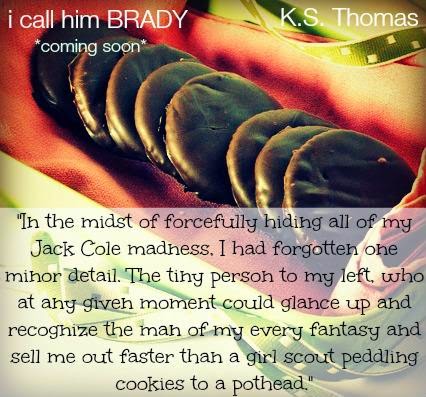 My  daughter was no evil genius, but she was five with no inhibitions and a knack
for listening in on my grown up conversations. She wouldn’t think twice before
blurting out his name and asking him to marry me. In fact, I’d once had a daydream
just like that, only in my warped and lonely mind, he had found her so adorable
he had said yes on the spot. To be fair, my daughter didn’t hear ‘no’ from
people often, something I hoped would work in my favor one day, but I digress.
I  carefully lowered my gaze from the safety of the elevator doors to take a peek
at Jessa. Much to my relief she was far too involved in chatting with Mermella
the mermaid to pay attention to anything else.
Just  as my eyes re-centered themselves on the shiny metal ahead, the door slid open
revealing a large group of people eager to board the elevator. This was my
floor. I had two choices. Either stay on and ride the elevator aimlessly in
hopes of basking in Jack Cole’s presence a moment longer like a stalker, or get
off.
Before  my head had a chance to decide, my body took over, moving on autopilot and
taking me onward as I had originally programmed it to do when I first boarded
the moving metal box.
I  said a silent goodbye to my once in a lifetime opportunity with each painful
step I took. It wasn’t until I had safely removed myself from what had been
loaded with potential for the most humiliating scene of my life, that I finally
turned around to look at Jack full on.
I  was still mesmerized by the sight of him when I watched as one of the new
passengers opened his mouth, about to talk to Jack.
“Hey, aren’t you Ja-” the words never fully formed before I interrupted him.
“Brady, are you coming?”
Unaware  that he was being spoken to, Jack maintained his iron clad focus on the screen
of his cell phone, while I began to panic. What the hell was I doing? This was
insane. Not only that, but if I wanted to avoid looking like a complete ass at
this point, I would have no choice but to fully commit and hope it didn’t end
with me being hauled off in cuffs by airport security.
“Brady!”  I repeated, this time more sternly.
At  last he looked up. Still not entirely sure what was going on, his eyes darted
back and forth between myself and the strangers beside him.
“Come  on, this is us.” I was looking directly at him. Jack was about to say something
when I gestured for him to follow me, now with a slightly annoyed expression to
go with it. I watched as he took one more look at the guy who had been about to
chat him up and then quickly fell into step behind me just in time to avoid the
elevator doors closing in on him.
“Thanks. I really appreciate  that.” He was looking around like a nervous animal trying to figure out his
next move.
*
Enter to win a signed paperback of I Call Him Brady HERE
a Rafflecopter giveaway
About the Author
K.S. Thomas 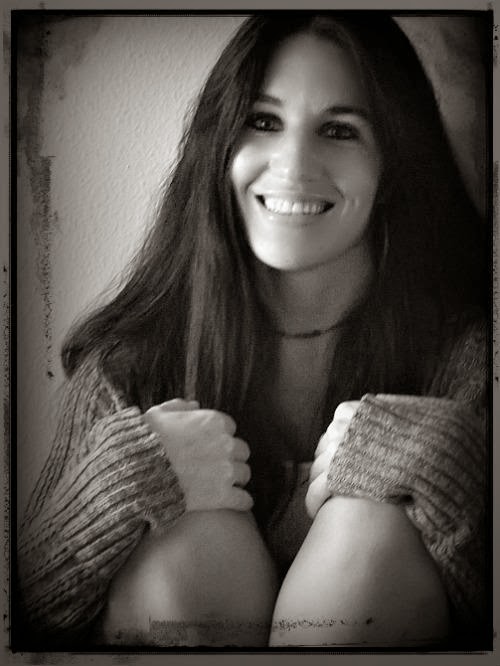 Dog Lover who likes her pastries full of cream and sugar…oh…and I write some 😉
Aside from being an author, I am also a mom to a beautiful little girl. I tell everyone I named her after my great-grandmother (because that’s the mature answer), but really, I named her after my favorite princess – just so happens I got lucky and they had the same name…If I wasn’t a writer, I would work on a horse ranch – I’m an animal lover (in addition to dogs, horses are at the top of my list). I wear flip-flops pretty much everywhere I go. I would rather stay awake until 5 am than get up at 5 am (years of bar tending have left their mark), if I can, I’m going to the beach AND I will always be nice to people who bring me chocolate…or coffee…if you bring me both, I’ll probably love you forever.
A gypsy at heart, I write the way I live, following the story wherever it may lead, always ready to start the next one. This is clearly reflected in my body of work which to date includes everything from Children’s Lit to Thrillers.

This entry was posted in My Surreal Life and tagged Author K.S.Thomas, Juli Page Morgan. Bookmark the permalink.